We don’t want to talk about it. We don’t even want to think about it. We prefer to regard sin as a concept from the past, a reminiscence of an oppressive age characterized by the heavy yoke that the religious authorities imposed on us. We now claim to be free from such oppression, as we adopt behaviors and choices that were once considered morally wrong, or morally dubious at least. We claim that the outdated rules issued by those authorities were solely means of controlling people and maintaining the status quo; rules that, at the same time, hindered the self-fulfillment of the individuals. As we react to that past age, tearing apart all the former norms and precepts that are now regarded as obstacles to our personal happiness, a new age has been born: the age of Carpe Diem.

This new age can be summed up by an aphorism: act first, think later. The will of the individual – often an unthought-of will, based on pure immediacy – has become the basis for his actions. We don’t accept anymore any external authorities determining what makes an action good or bad. And each individual doesn’t even care to set himself a personal authority to his choices; the individual doesn’t think through his own decisions in order to live accordingly to some personal precepts. We just let ourselves be governed by our personal and volatile will, as we aim to “seize the day”.

I cannot blame my contemporaries for this huge shift. There are actually good reasons for us not to accept the authority of self-proclaimed human powers; in fact, many of them are, indeed, controlling and tyrant. For instance, I believe that many of them are precisely the kind of powers from which Jesus wishes to set us free.

It is true that religious powers across history have used their authority to impose particular agendas on human societies, imprisoning minds and constraining the developing of individual consciences. Behaviors regarded as sin in particular contexts have often corresponded to the ‘do’s and don’ts’ that please the authorities and maintain a certain ‘status quo’. Therefore, even though I am a Christian, I can accept that this historical shift possesses some legitimate motivations and some positive consequences.

However, this shift poses a tremendous challenge for the Christian witness in the post-modern world: the reality of sin is a key part of the Christian worldview, but how are we supposed to talk about sin nowadays? How are we to testify about Jesus as the one who takes away the sin of the world if our contemporaries don’t agree that there is sin in the world? If we just insist on promoting a particular list of ‘do’s and don’ts’, then we won’t be able to surpass the great barrier of suspicion that characterizes our secular societies. This is the case even if we derive such list from the Scriptures and even if our biblical hermeneutics is particularly objective – the suspicion towards the Scriptures is particularly dense since the Bible was itself used in the past – inappropriately – as a weapon of control.

In the past, we were taught that sin was primarily defined as something external to the individual: to sin was to incur in any attitude or behavior that offends God. But, in the age of Carpe Diem, we don’t rely anymore on external referentials: the individual becomes his own referential and the concept of sin must be brought into such referential. In our secular society, we have to start from the individual to make sense of non-material concepts such as sin. Otherwise, the individual will not relate with such concepts since they appear disconnected from his practical experience, dissociated from immediate reality. For instance, I even advocate this general principle to do theology in the post-modern world: if we want to dialogue with a society that has abandoned every dogma, we should make an effort to develop a “bottom-up theology”, i.e. from the human to the divine.

In other words, I believe that the challenge posed by our secular society is also an opportunity to review our Christian worldview as we seek to present it to the world in relevant and palpable ways: a worldview that starts with the material reality – with bones and flesh – before addressing the existence of a transcendent reality. We start first with the immanent reality and, through it, we may find our way to the transcendent realm. I believe that it’s God himself who authorizes us to approach Christianity like this, especially as He chose to reveal himself through the incarnation: He, who is transcendent, becomes immanent so that through his immanence we may conclude that He is transcendent. This is the same pattern that we see in the disciples who dealt directly with Jesus in flesh and bones: they began with the human and, eventually, they discovered the divine.

How, then, can we talk “bottom-up” about sin? Is there something in the immanent reality of the individual that can be related with the concept of sin?

Yes! I would like to claim that, even in the age of Carpe Diem, our popular culture still recognizes the reality of sin even if we use other words to talk about it. If we carefully analyze the pop-culture that has spread massively across the world due to the globalization, we will find elements that point towards a Christian principle: we, humans, are flawed. We can find such elements in music lyrics, in movie scripts, in novels, etc. They are often expressed using terms such as: “demons”, “monsters”, “skeletons in the closet”, among others. I am aware that these expressions can have multiple meanings, but they often point to the struggle that the individual has with himself as he tries to deal with bad and hurtful choices from the past. Through such expressions, we express awareness of our internal conflicts and we recognize that, deep in our souls, we are haunted by sadness and regret.

Nowadays, concerts and movie theathres – more than religious services – are the events that make us confess our “dark side”. Check, for example, the following lyrics:

Dark Side, by Kelly Clarkson

Dancin’ With My devils, by Mr. Big

These lyrics show how our secular culture is talking about sin without really addressing it. They show that our proneness to hurt ourselves and others (our sinful nature, as Christians would call it) is still a recognized reality. We are still talking about sin even if ‘sin’ is now a mocked word. We are still talking about sin even if we don’t relate it to any sort of religion or belief in God. And note that the secular concept of ‘sin’ even allows a deeper understanding of it: despite the way we talked about it in the past, we were never supposed to reduce ‘sin’ to a list of do’s and don’ts; sin is much more a part of what we are than a set of wrong behaviors. It is something that lies inside of us – whether we call it a monster, a devil or a dark side – and not only the external and visible actions that result from such dark side.

How can we explain that sin is still present in the age of ‘Carpe Diem’? If the religious authorities made it all up, shouldn’t we be able to mute – to kill – our devils and demons once and for all? Shouldn’t we be able to purge our culture from such elements? Why aren’t we able to get completely rid of them?

I believe that we are not able to stop talking about ‘sin’ because sin is real. It’s something real, palpable, concrete; something that is deeply encrusted in our souls and in our human societies and human structures. We may try to negate it, hide it, mask it. But it’s there. It’s real and reality will always find a way of supplanting all the man-made parallel realities.

You may think that I am exaggerating, since popular culture isn’t so much concerned with reflecting reality but only with entertainment. You may even think that my train of though leads just to another way of imposing external concepts on the individuals.

Well, let me take the issue a step further into the personal and existential realm: do you sing along these songs? Do you see yourself in the characters of the novels that struggle with their “demons”? Do the “skeletons in the closet” of TV shows’ characters resonate with you?

If you find yourself answering affirmatively to any of these questions, you may want to accept that sin is something real and concrete. As you embrace such reality, the next question can be: what do you do with it? How do you deal with your monsters and how do you cast away your demons?

You may find, as many have found across the centuries, that a bottom-up approach is the answer: if sin is something that we are able to detect in our human reality and in our human structures – if it is something immanent – perhaps we have to lift up our eyes and seek the cure in the transcendent. And that is precisely what Jesus Christ has to offer according to the New Testament and according to the Christian witness across History.

If we claim that we’re free of sin, we’re only fooling ourselves. A claim like that is errant nonsense. On the other hand, if we admit our sins—make a clean breast of them—he won’t let us down; he’ll be true to himself. He’ll forgive our sins and purge us of all wrongdoing. 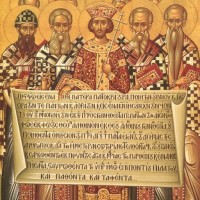 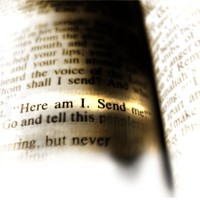 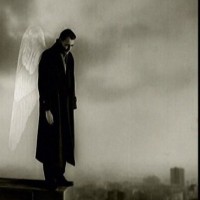